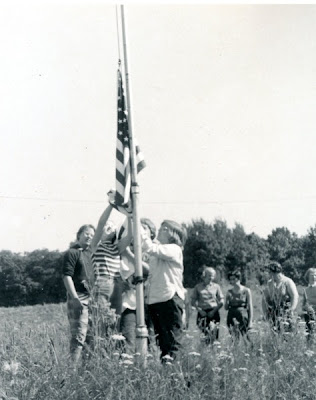 The Camp Fire Girls camps I attended in the 1950s had formal flag ceremonies, that involved five girls. They were accompanied by someone reading a verse or the group singing a patriotic song.

I’m not sure we were much interested in the patriotic theme, but many of us wanted a chance to be part of the five. The arcane knowledge passed on was the way the fold the flag in thirds, and then fold it in a triangle. There were also tricks in the way the flag was anchored to the rope, and the way the rope was twisted into a figure eight around the ends of a bracket. These mattered very much when one was ten years old.

The two pictures were taken at Tanawida, the Albion, Michigan day camp. The top one is from 1959. The bottom from 1956. 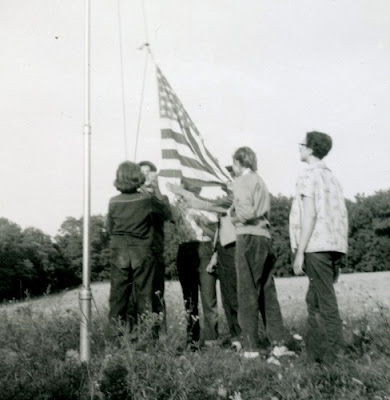 Posted by Patricia Averill at 1:59 AM